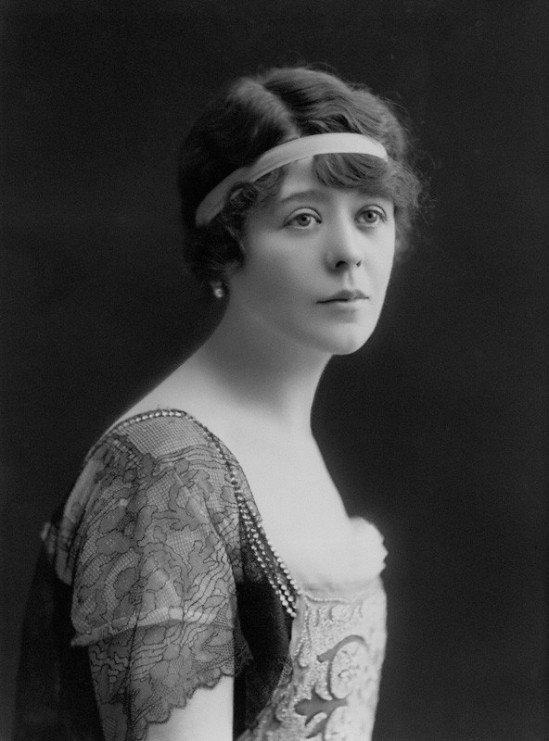 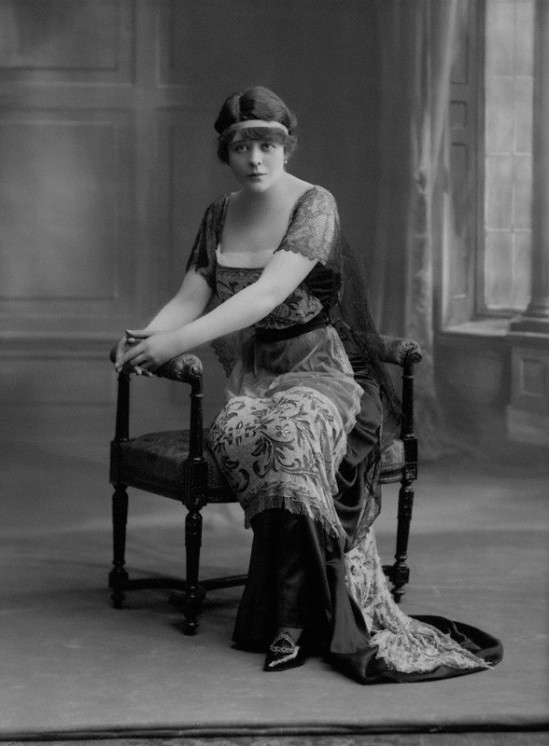 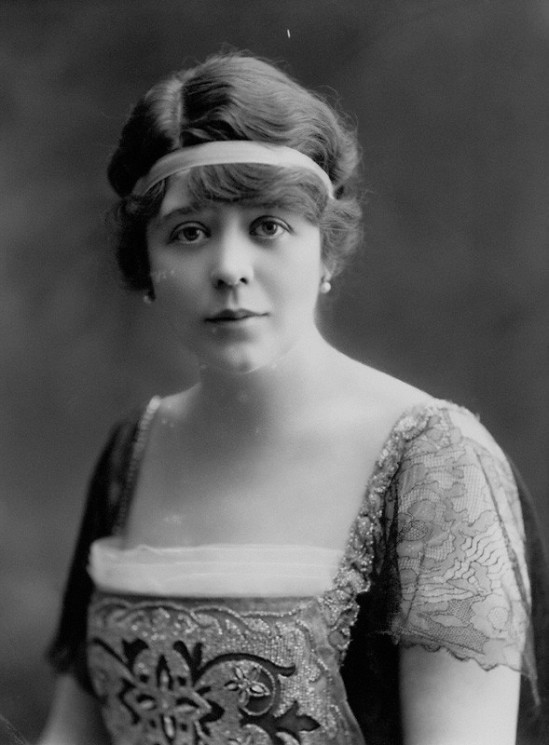 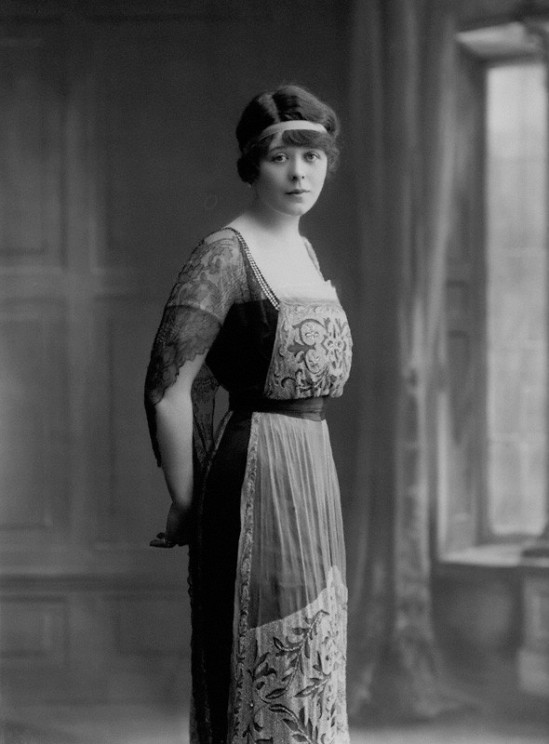 Camilla Antoinette Clifford (1885 – 1971) was a Belgian-born stage actress and the most famous model for the “Gibson Girl” illustrations. Her towering coiffure and hourglass figure defined the Gibson Girl style.

Clifford was born on 29 June 1885 in Antwerp, Belgium to Reynold Clifford and Matilda Ottersen. Camille was raised in Sweden, Norway and Boston. In the early 1900s she won US$2000 in a magazine contest sponsored by illustrator Charles Dana Gibson to find a living version of his Gibson Girl drawings: his ideal woman.Clifford became an actress, performing in the United States from 1902 and in England from 1904. She returned from London to Boston on 3 July 1906.While only playing walk-on, non-speaking roles, Clifford became famous nonetheless: not for her talent, but for her beauty. Her trademark style was a long, elegant gown wrapped around her tightly corseted, eighteen-inch wasp waist.

Photographs of her taken by Lizzie Caswall Smith in 1905 often appear in historical fashion books and on websites to illustrate the Edwardian style. 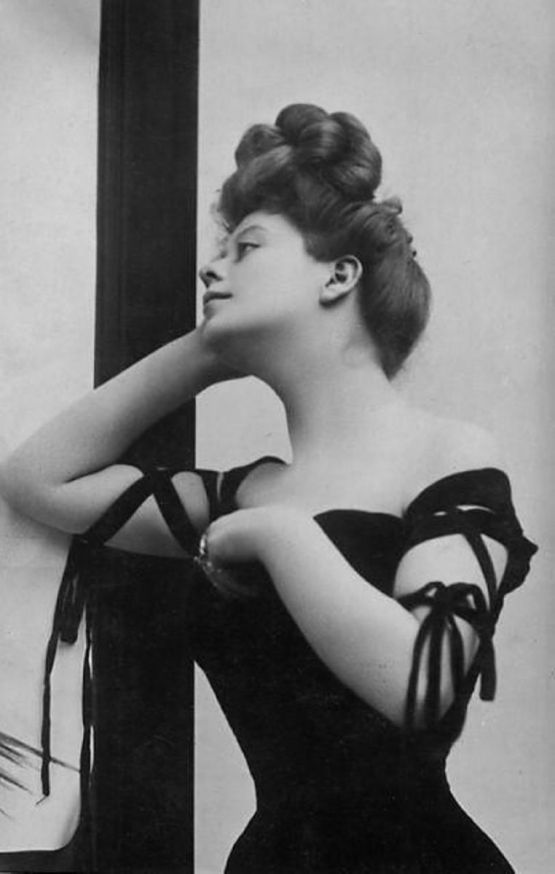 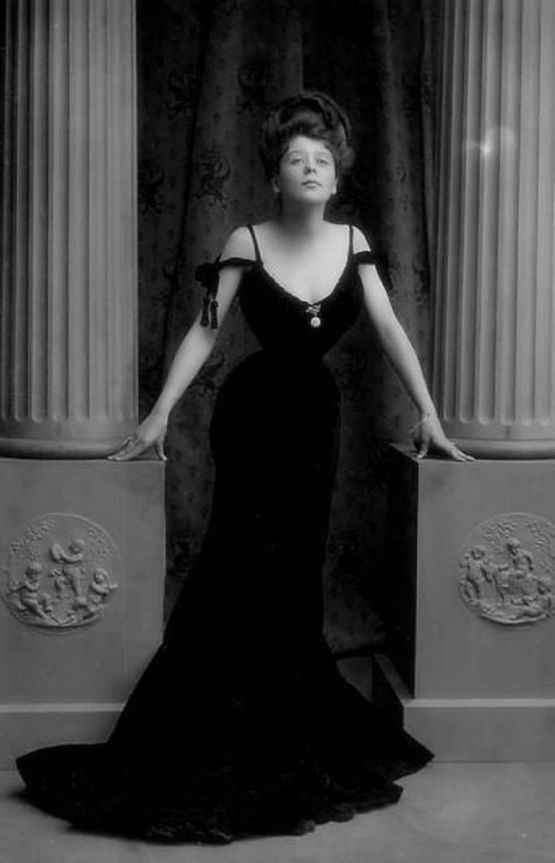 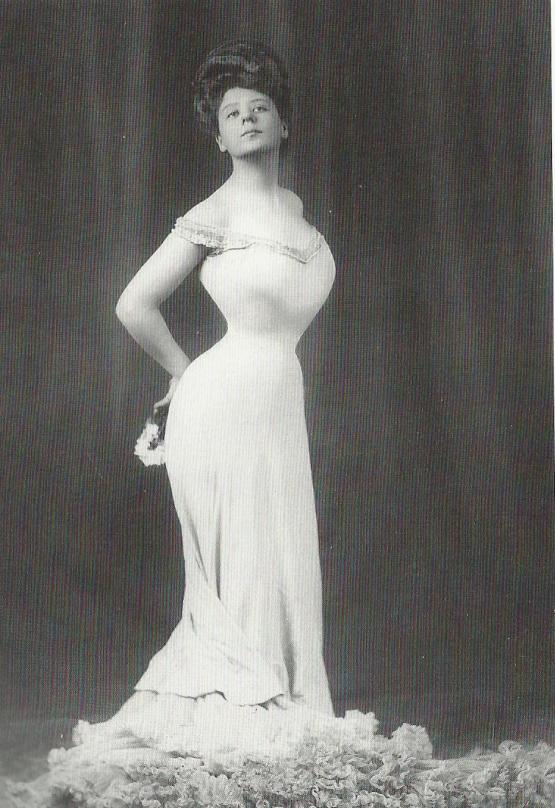 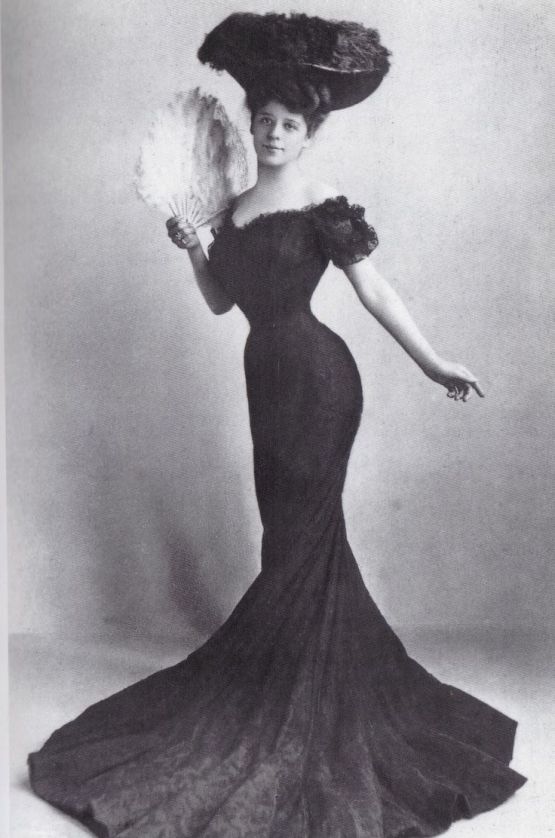 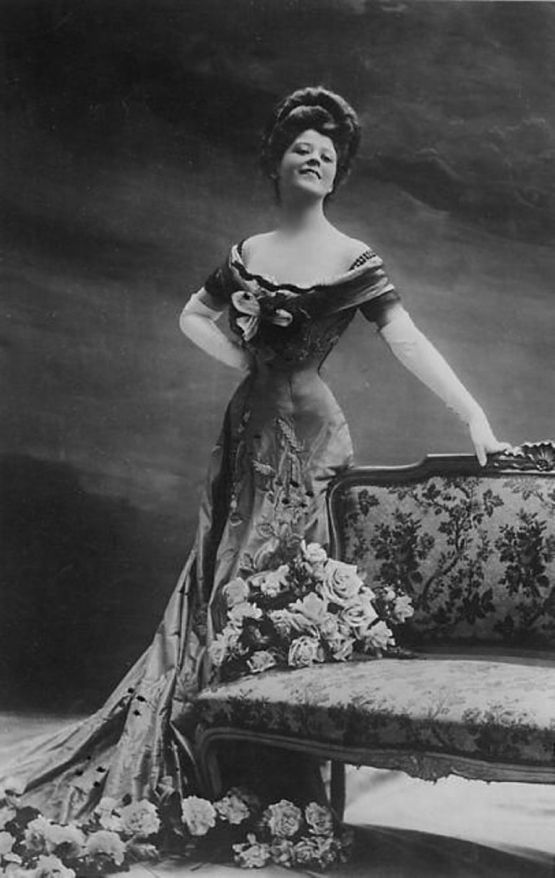 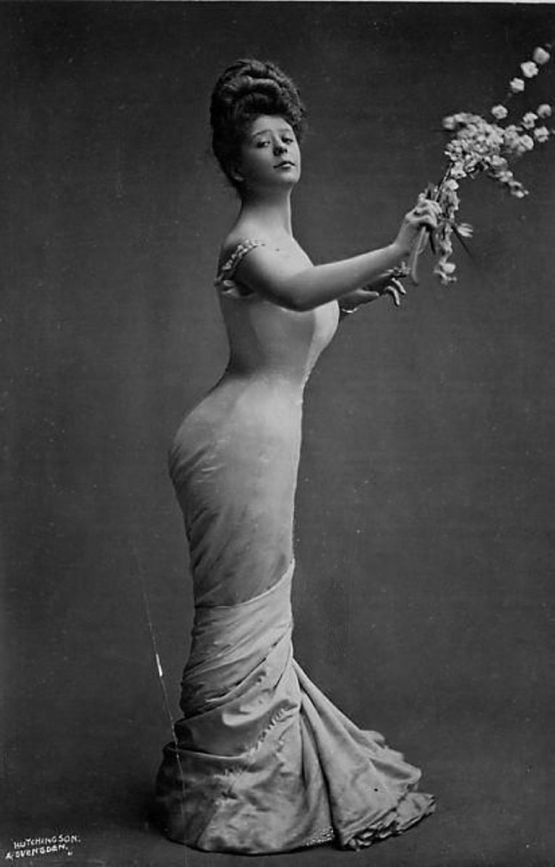 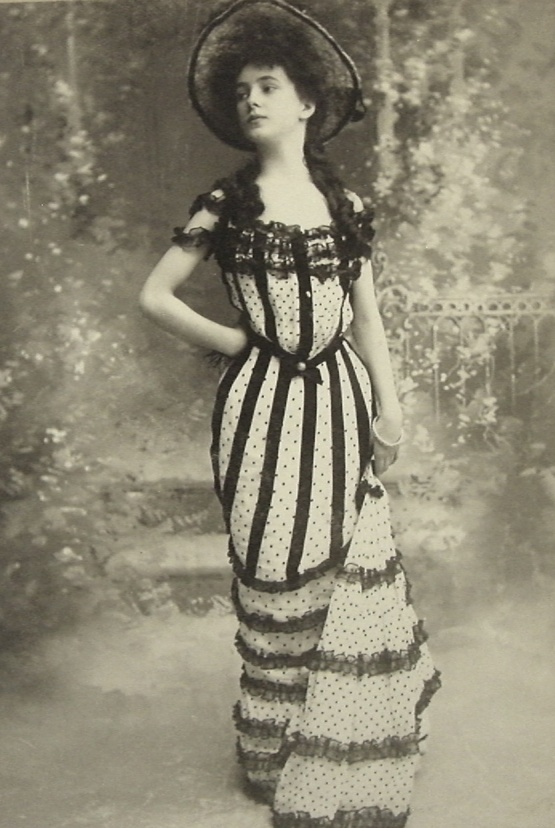 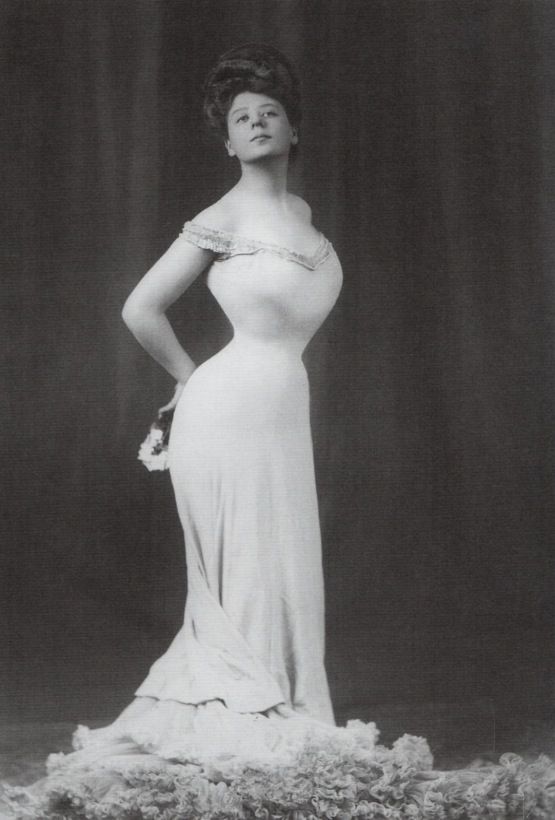 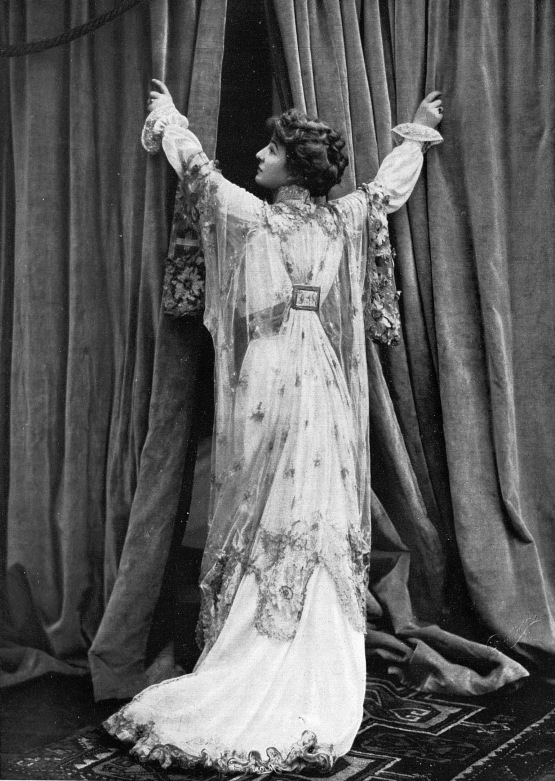 Edwardian lady wearing Redfern, who among other things popularised high-waisted Grecian style dresses after 1908 via

Dress for the races by J. Dukes, photo by Reutlinger, Les Modes, May 1912 via

A fashionable woman at the races in 1909. Scanned from the book “The Mechanical Smile” by Caroline Evans via

Actress Lily Elsie in an Ewdardian gown via

Charles Dana Gibson (1867 – 1944) was an American graphic artist, best known for his creation of the Gibson Girl, an iconic representation of the beautiful and independent American woman at the turn of the 20th century.

The artist saw his creation as representing the composite of “thousands of American girls.”The Gibson Girl image combined elements of older American images of caucasian female beauty, such as the “fragile lady” and the “voluptuous woman”. From the “fragile lady” she took the basic slender lines, and a sense of respectability. From the “voluptuous woman” she took a large bust and hips, but was not vulgar or lewd, as previous images of women with large busts and hips had been depicted. From this combination emerged the Gibson Girl, who was tall and slender, yet with ample bosom, hips and buttocks. She had an exaggerated S-curve torso shape achieved by wearing a swan-bill corset. Images of her epitomized the late 19th- and early 20th-century Western preoccupation with youthful features and ephemeral beauty. Her neck was thin and her hair piled high upon her head in the contemporary bouffant, pompadour, and chignon (“waterfall of curls”) fashions. The statuesque, narrow-waisted ideal feminine figure was portrayed as being at ease and stylish.

Many models posed for Gibson Girl-style illustrations, including Gibson’s wife, Irene Langhorne who may have been the original model, and was a sister of Viscountess Nancy (Langhorne) Astor. Other models included Evelyn Nesbit. The most famous Gibson Girl was probably the Belgian-American stage actress, Camille Clifford, whose high coiffure and long, elegant gowns that wrapped around her hourglass figure and tightly corseted wasp waist defined the style 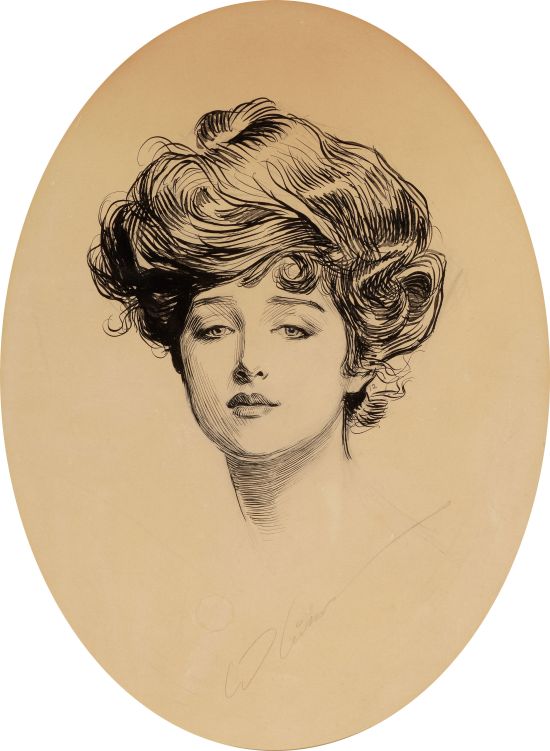 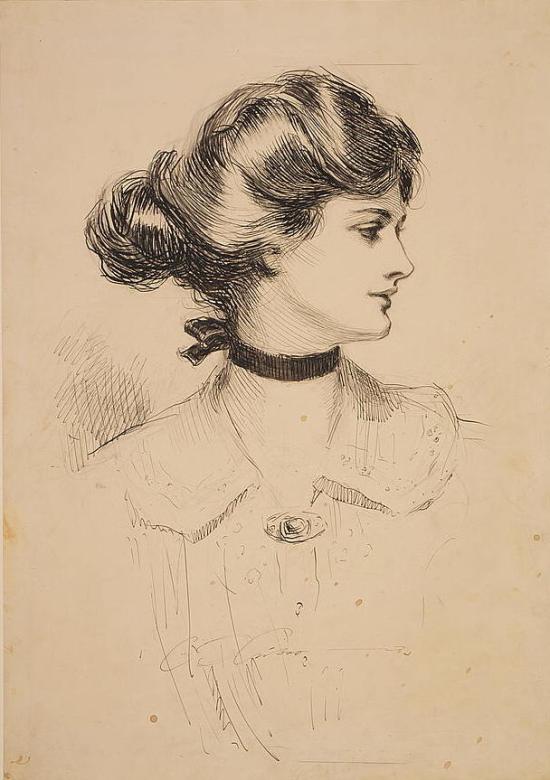 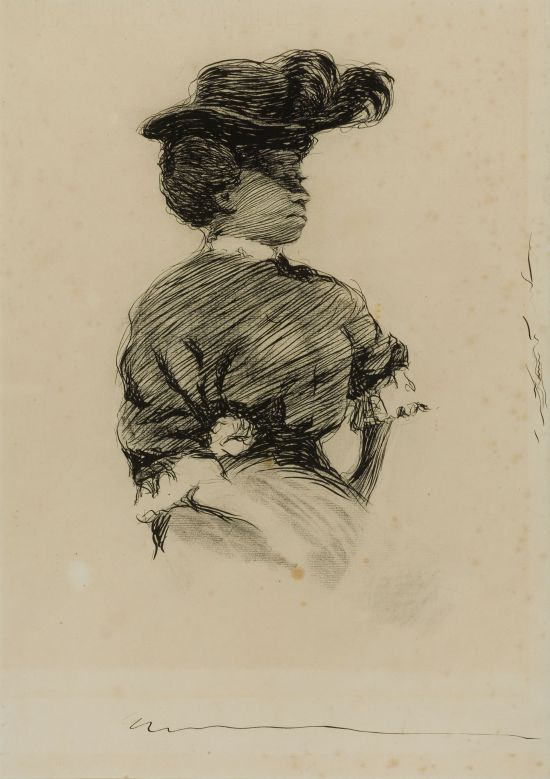 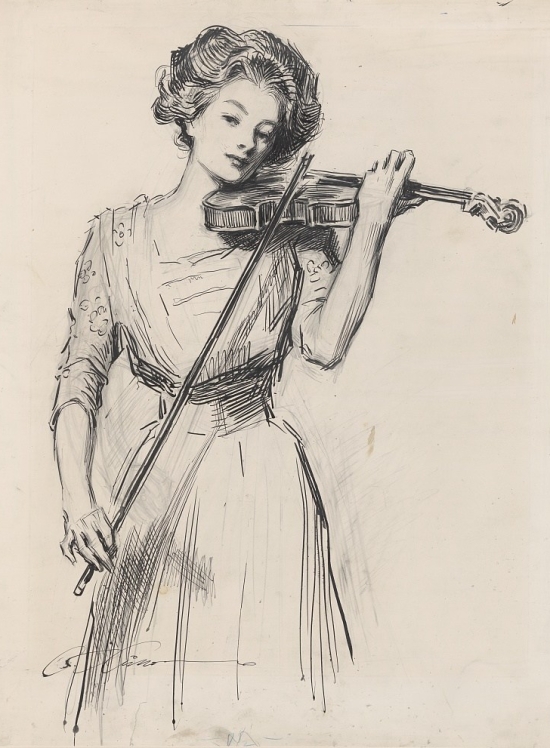 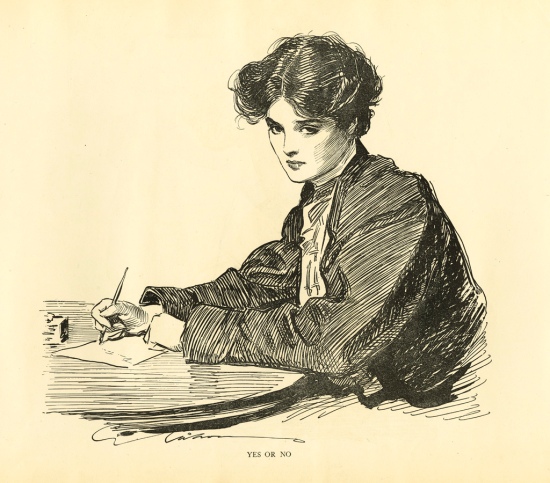 Charles Dana Gibson pen and ink on paper illustration for Collier’s Weekly; published in the artist’s collection Our Neighbors, 1905 via 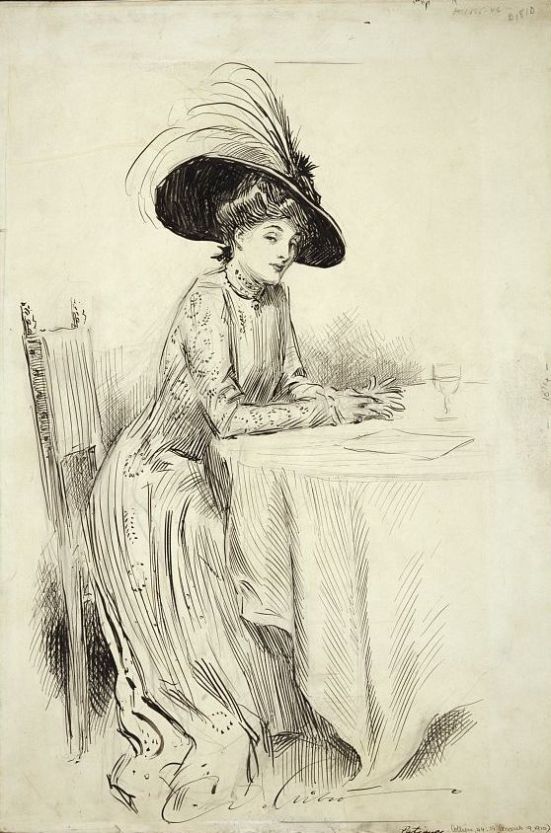 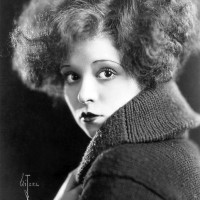 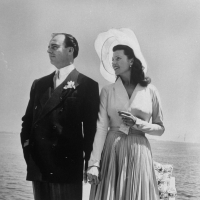 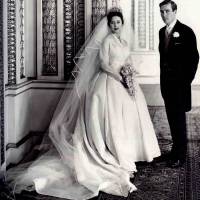 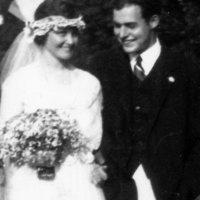