In the first decade of the 20th century, Gabrielle Ray (1883 – 1973) had a good career in musical theatre, she was considered one of the most beautiful actresses on the London stage, and became one of the most photographed women in the world.

In 1907, Ray played Frou Frou in The Merry Widow, which became a sensation. The operetta starred Lily Elsie, Joseph Coyne and Robert Evett, with costumes by Lucile. It ran for 778 performances in London and toured extensively in Great Britain.

Ray’s dance number, complete with handstands and high kicks, all performed on a table at Maxim’s held head high by four men, was a show stopper. 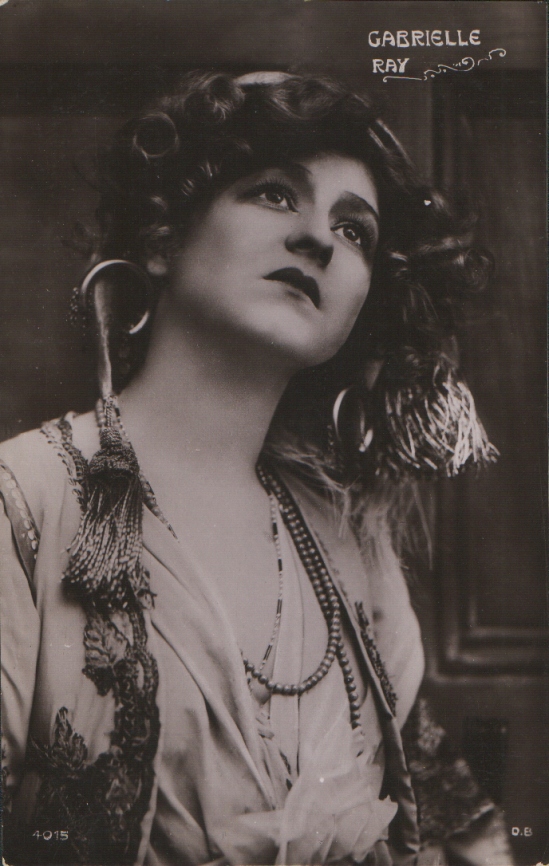 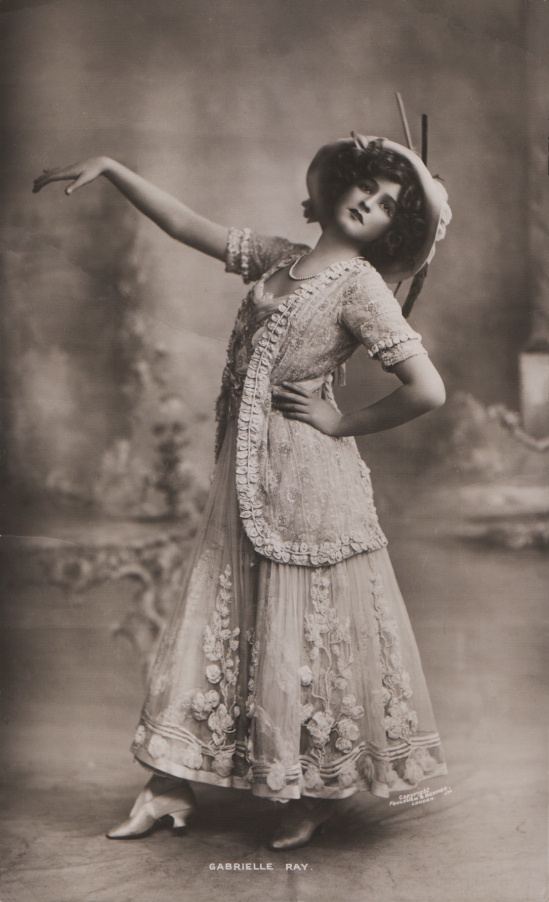 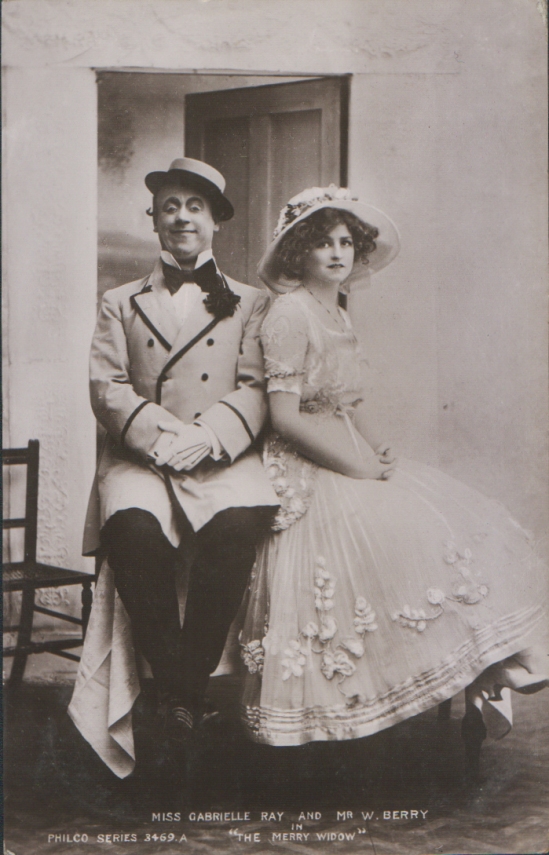 Gabrielle Ray as “Frou Frou” and mr. W. Berry in “The Merry Widow” 1907. Costumes by Lucile via

Lily Elsie (8 April 1886 – 16 December 1962) was a popular English actress and singer during the Edwardian era, best known for her starring role in the hit London premiere of Franz Lehár’s operetta The Merry Widow.

Early 20th-century fashion designer Lucile designed the costumes (including the plumed hats that became an extraordinary fad) and thereafter used Elsie to promote her fashions, designing her personal clothes and costumes for several of her other shows.

“I realised that here was a girl who had both beauty and intelligence but who had never learnt how to make the best of herself. So shy and diffident was she in those days that a less astute producer than George Edwardes would in all probability have passed her over and left her in the chorus.”

The production opened in June 1907 and ran for 778 performances at Daly’s Theatre. The show was an enormous success for its creators and made Elsie a major star.

Lily Elsie in The Merry Widow dressed by Lucile, 1907 via 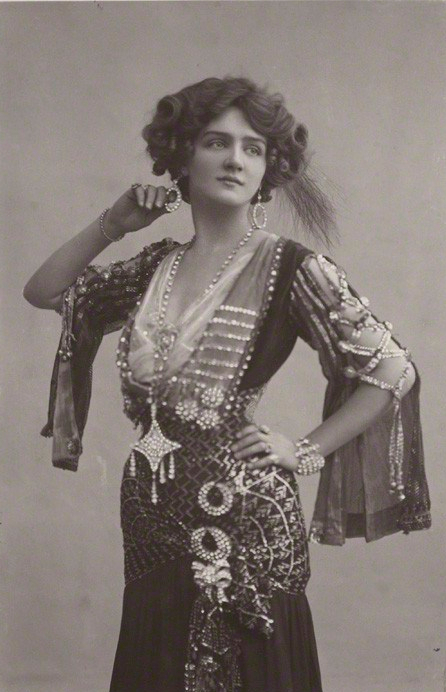 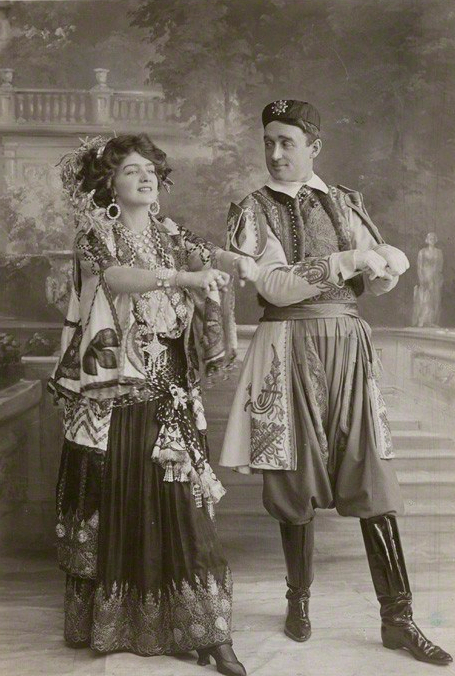 Lily Elsie as Sonia and Joseph Coyne as Prince Danilo in ‘The Merry Widow’. Photo by Foulsham & Banfield, 1907 © National Portrait Gallery, London via

Lucy Christiana, Lady Duff-Gordon (née Sutherland) (1863 –1935) was best known by her professional name “Lucile”. Who was at the beginning of the twentieth century one of the most innovative, forward thinking designers. Much like her contemporary, Paul Poiret, she designed clothes for the modern woman. She launched liberating slit skirts and low necklines, popularized less restrictive corsets, and promoted alluring, pared-down lingerie.

She originated the “mannequin parade”, a precursor to the modern fashion show, and trained the first professional models who were almost as famous as she was. She gave them poetic names, like Hebe, Corisande and Dolores.

She opened branches of her London house, Lucile Ltd, in Paris, New York City and Chicago, dressing a trend-setting clientele of royalty, nobility, and stage and film personalities. Some well-known clients, whose clothing influenced many when it appeared in early films, on stage, and in the press, included: Irene Castle, Lily Elsie,Gertie Millar, Gaby Deslys, Billie Burke, and Mary Pickford.

Lucile costumed many theatrical productions including the London première of Franz Lehár’s operetta The Merry Widow (1907), the Ziegfeld Follies revues on Broadway (1915–21), and the D. W. Griffith silent movie Way Down East (1920). Her fashions were also frequently featured in Pathé and Gaumont newsreels of the 1910s and 20s, and she appeared in her own weekly spot in the British newsreel “Around the Town” (c. 1917–1919)

Lucy Duff Gordon is also remembered as a survivor of the sinking of Titanic in 1912.

Lady Lucy Duff Gordon with her dogs by Marceau via

Lily Elsie in The Merry Widow, 1909, costume by Lucile via 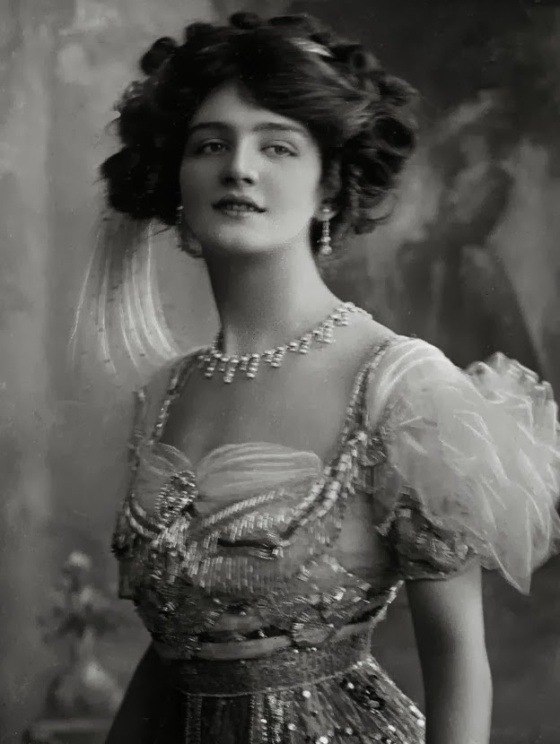 Lily Elsie, shown here in a costume designed by Gordon for a 1909 play called “The Dollar Princess.” via

1921 Lucile evening gown of a black chantilly lace hoop over a white satin slip, shown at the National Retail Garment Association Fashion Show at the Hotel Commodore, NYC via 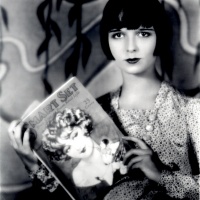 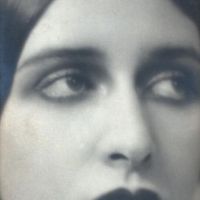 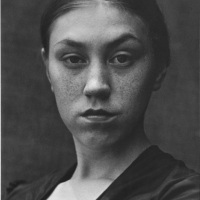 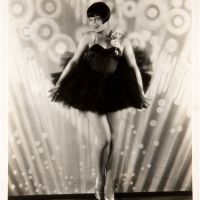 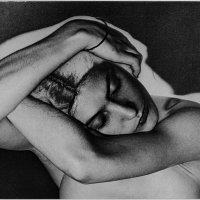