Actress Maude Fealy (born Maude Hawk) appeared in many silent and talking pictures. During the early twentieth century she was one of the leading ladies of the American stage. Throughout her career, Fealy taught acting in many cities where she lived and over the years she was drama coach to many noted personalities including Douglas Fairbanks Sr.

Her youthful beauty made Fealy a popular subject for postcards – in 1916, a Los Angeles Times reporter covering a party hosted by Maude noted that the actress, then in her mid-thirties, looked closer to 18, rather than her current age.

Maud Fealy wearing a hat via 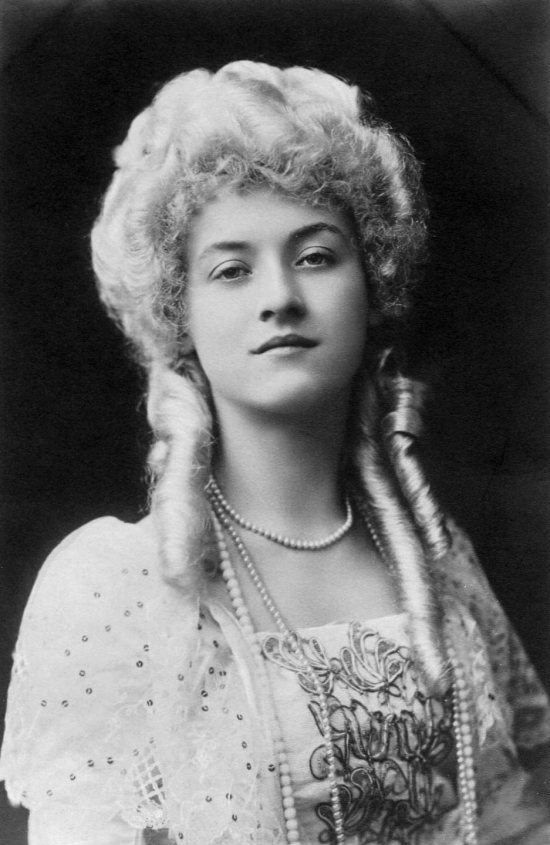 Maud in costume via

In 1913 she signed a three-year contract with the Thanhouser film studio, appearing in such films as Moths and The Legend of Provence.  In 1916 she signed with Jesse Lasky Picture Co., and stayed with them for a year. In the post-silent era, she would appear in nearly every Cecil B. DeMille movie.