Claire McCardell (May 24, 1905 – 1958) was an American fashion designer in the arena of ready-to-wear clothing in the 20th century. She is credited with the creation of American sportswear.

In 1942, McCardell created her famed “Popover Dress.” It was a response to a Harper’s Bazaar challenge to create something fashionable you could wear to clean the house and then wear to a cocktail party. The simple grey dress came with a matching potholder which fit into the dress’s pocket. The “Popover Dress” sold for $6.95 and over 75,000 were sold in the first season alone.

These dresses became a staple of McCardells collections and over time she made version in different lengths and fabrics. The “Popover Dress” received a citation from the American Fashion Critics Association and in 1943, McCardell won a Coty Award.

Beginning in 1945, McCardell was featured as an “American Look” designer by Lord & Taylor’s department store.  In 1946, McCardell won the Best Sportswear Designer Award and in 1948 she won the Neiman-Marcus Award. 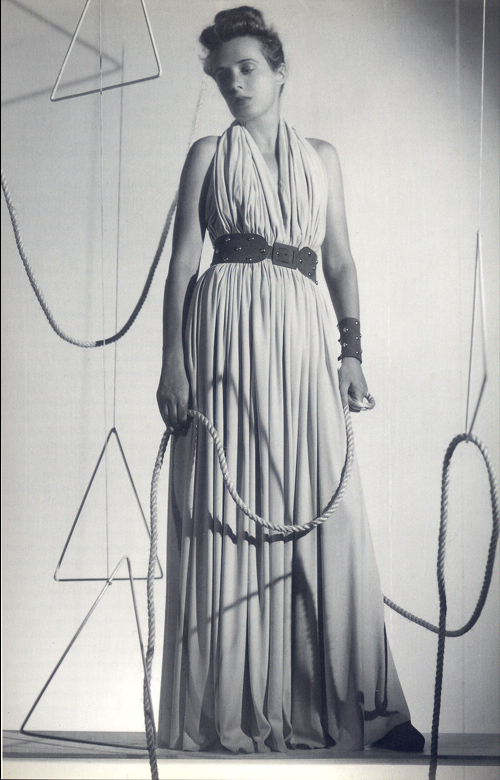 Claire McCardell in a Dress of her creation, 1945 via 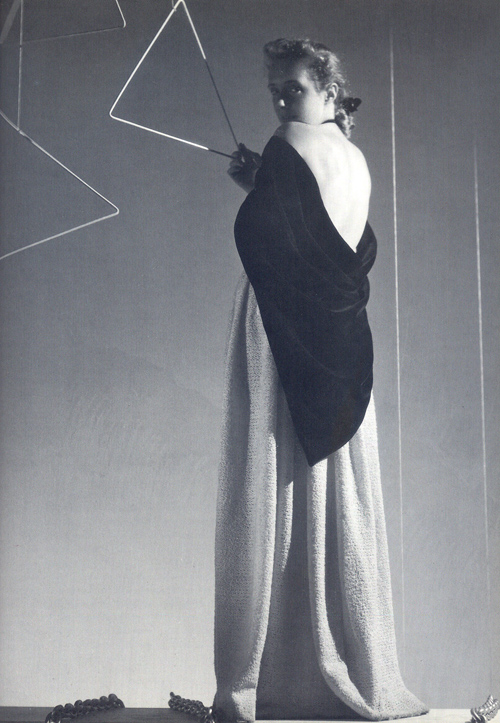 Claire McCardell in a Dress of her creation, 1945 via

Claire McCardell in her Futuristic Dress (cut only of triangles), photographed by Erwin Blumenfeld, 1945 via 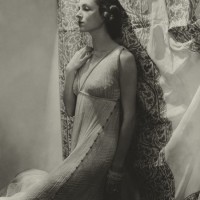