For her second marriage (she was married to James Welch from 1959 to 1964), US actress  Raquel Welch wore a sexy crochet dress for her wedding to Hollywood producer Patrick Curtis. She teamed her dress with a three-quarter length white fur coat.

They married at the City Hall of Paris 8th district 14 February 1967.

They divorced in 1972. In 1980, she began a 10-year marriage to André Weinfeld. Welch wed Richard Palmer in 1999 but then separated from him in 2008. Welch has stated that she doesn’t intend to marry again. 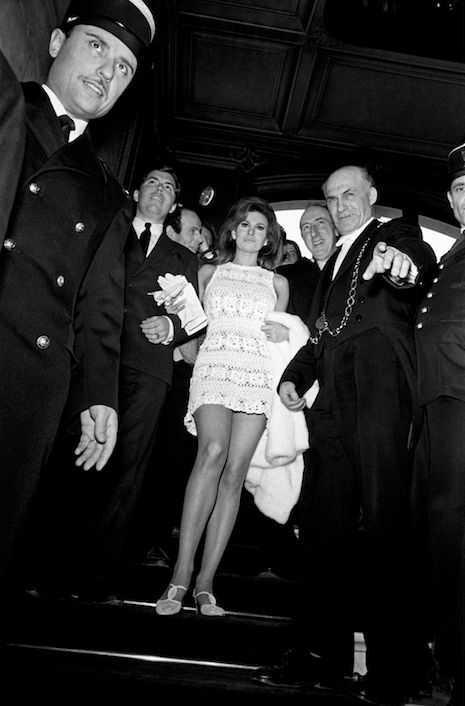 Raquel Welch wearing a crochet dress to her marriage to Patrick Curtis, 1967 via

Raquel Welch  walking the streets of Paris wearing a crochet dress after her marriage to Patrick Curtis, 1967 via

Vanessa Redgrave as Isadora Duncan by Norman Parkinson via

La Dolce Vita is a 1960 Italian comedy-drama film directed and co-written by Federico Fellini. The film follows Marcello Rubini, a journalist writing for gossip magazines, over seven days and nights on his journey through the “sweet life” of Rome in a fruitless search for love and happiness. La Dolce Vita won the Palme d’Or (Golden Palm) at the 1960 Cannes Film Festival and the Oscar for Best Costumes, and remains one of the most critically acclaimed films of all time.

The famous scene in the Trevi Fountain was shot over a week in winter: in March according to the BBC, in late January according to Anita Ekberg. Fellini claimed that Ekberg stood in the cold water in her dress for hours without any trouble while Mastroianni had to wear a wetsuit beneath his clothes – to no avail. It was only after the actor “polished off a bottle of vodka” and “was completely pissed” that Fellini could shoot the scene. 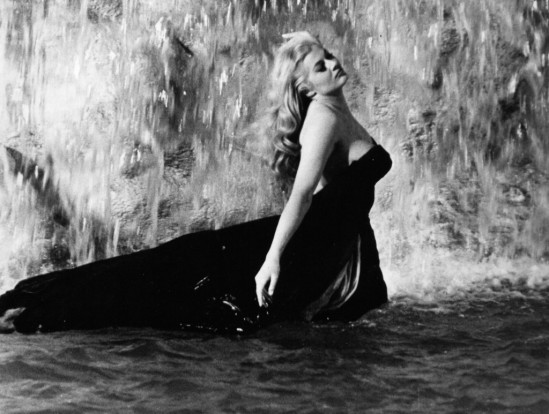 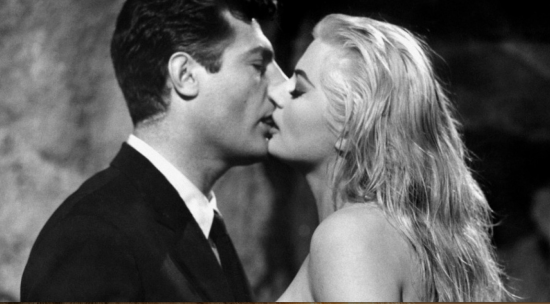 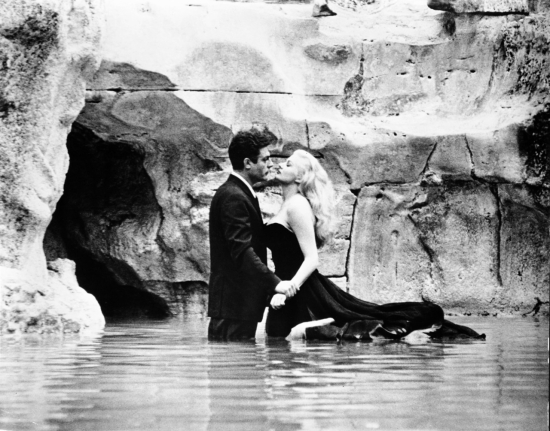 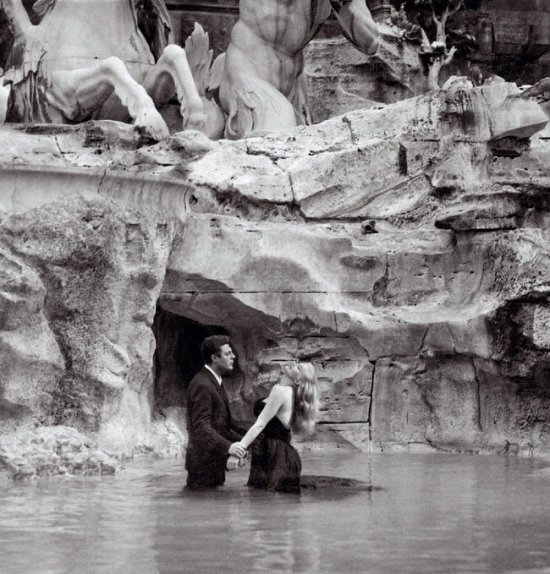 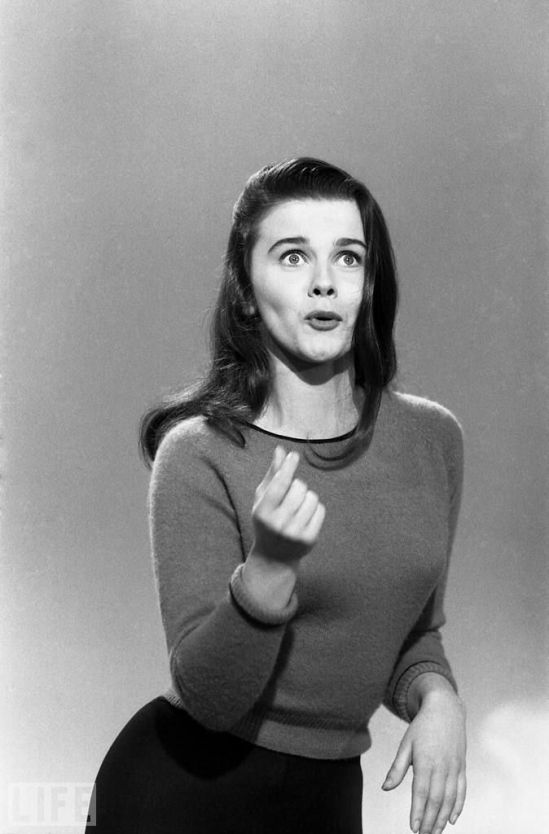 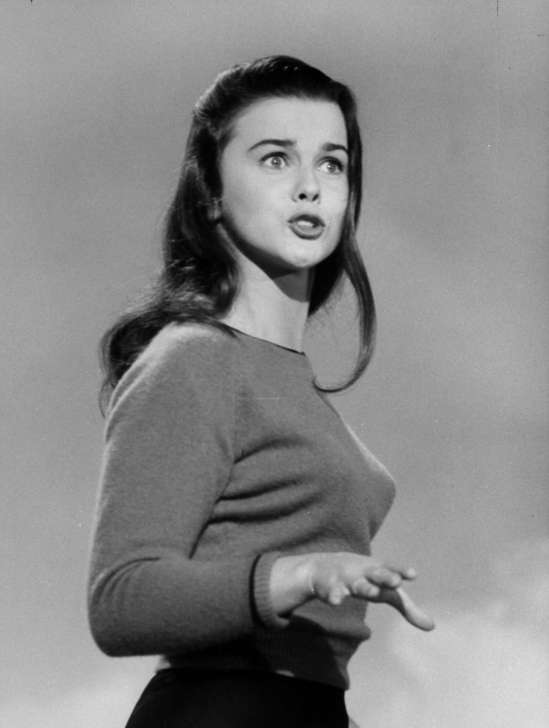 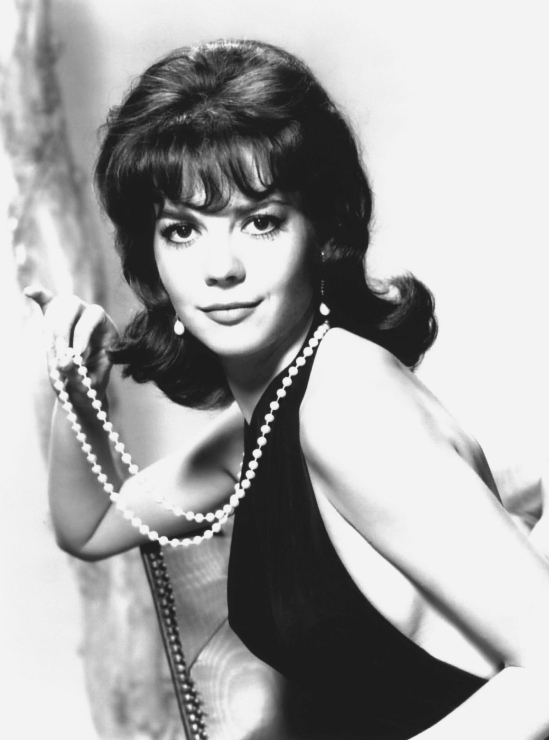 Breakfast at Tiffany’s is a 1961 American romantic comedy film starring Audrey Hepburn as the naïve, eccentric café society girl Holly Golightly. It is loosely based on the novella of the same name by Truman Capote.

One early morning, a yellow taxi pulls up at Tiffany & Co. on Fifth Avenue in New York City, from which elegantly dressed Holly Golightly emerges. Standing outside the shop looking into the windows, she nibbles on pastry and drinks coffee she brought with her, then strolls home to go to bed… 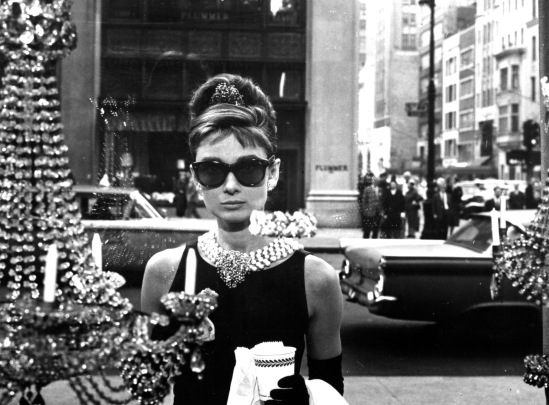 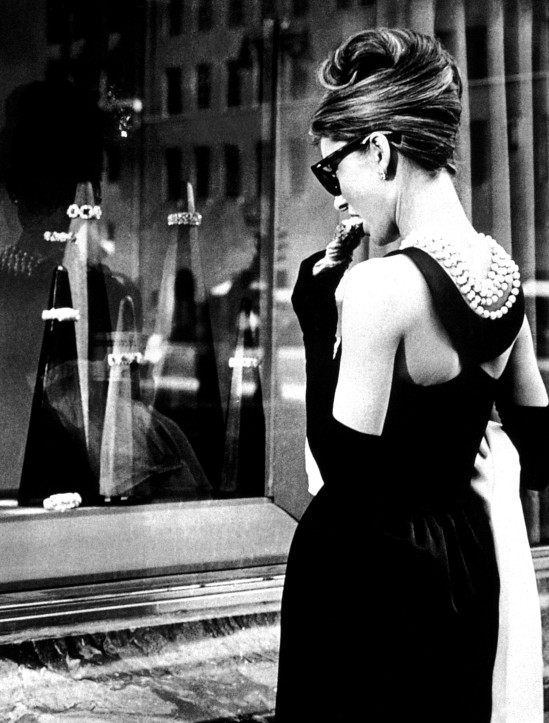 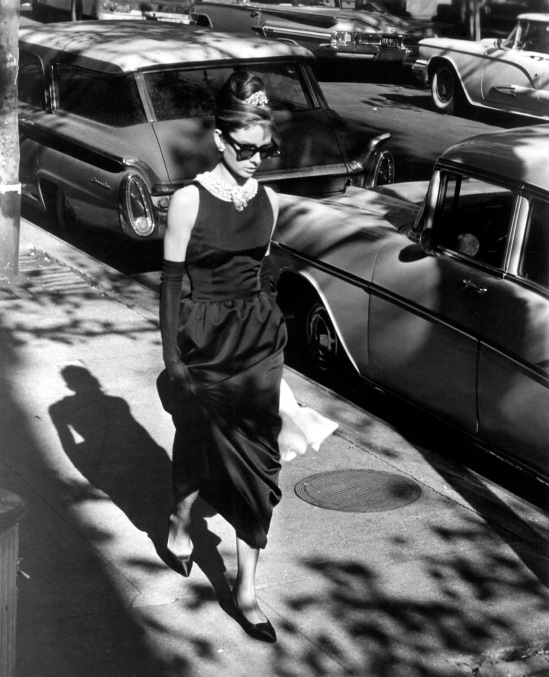 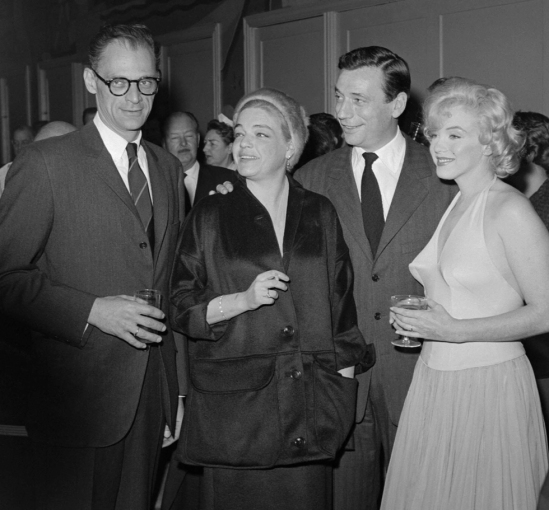 Vivian Maier, Kirk Douglas at the premiere of the movie Spartacus, Chicago, October 1960 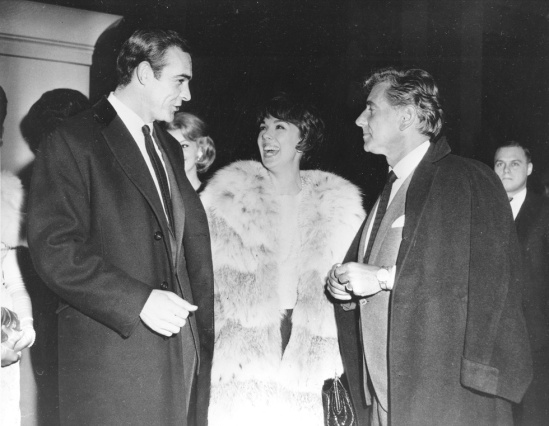 Peter O’Toole with Omar Sharif at the premiere of Lawrence d’ Arabia, Hollywood, 1962

Sue Lyon at the premiere of Lolita directed by Stanley Kubrick, 1962

Monica Vitti with Michelangelo Antonioni at the première of 8 1/2 directed by Federico Fellini, Roma, February 13, 1963

Bob Cummings, Shirley MacLaine and Gene Kelly take the subway to the 1964 World’s Fair for the world premiere of their film What a way to go ! 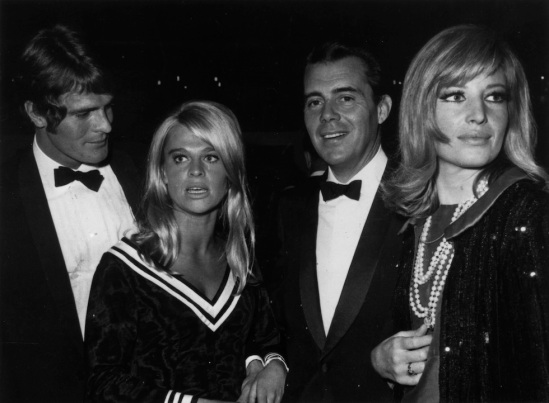 Peter O’Toole and The Queen Mother at the premiere of Lord Jim directed by Richard Brooks, 1965

Luchino Visconti, Claudia Cardinale and Jean Sorel at the premiere of Sandra, 1965 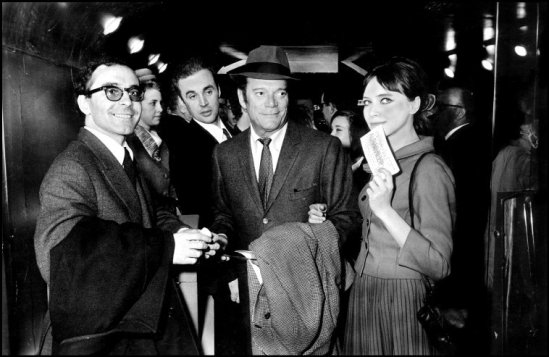 Faye Dunaway and Warren Beatty at the premiere of Bonnie and Clyde directed by Arthur Penn, 1967

Self-taught American commercial photographer Bert Stern (1929-2013) is best known for The Last Sitting, a collection of 2,500 photographs taken for Vogue of Marilyn Monroe in 1962. The photo shoot took place at the Bel Air Hotel for a three-day period just six weeks before her death. The book The Last Sitting was published in 1982 and again in 2000.

During his career he also photographed Audrey Hepburn, Elizabeth Taylor, Madonna, Kylie Minogue, Drew Barrymore and Lindsay Lohan (recreating The Last Sitting), among others, in addition to his work for advertising and travel publications. 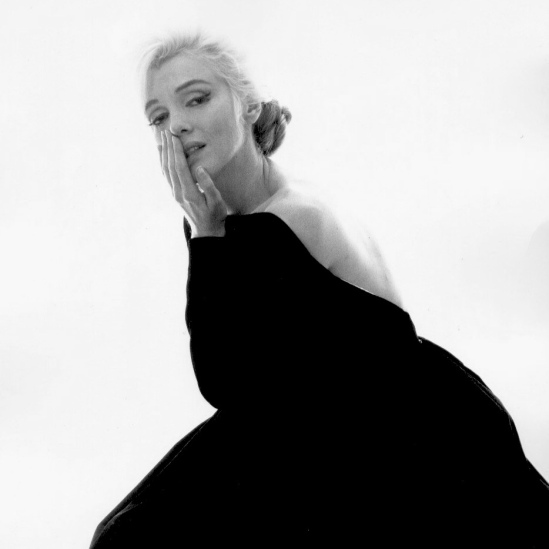 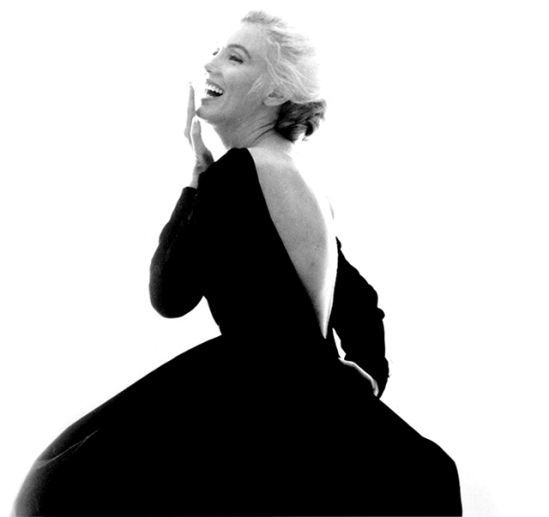 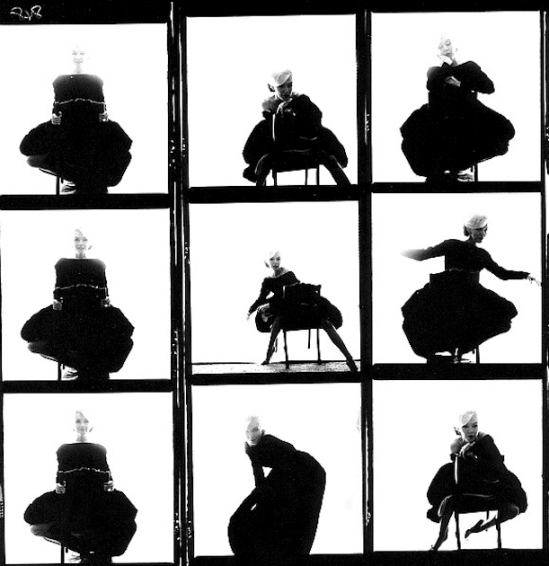 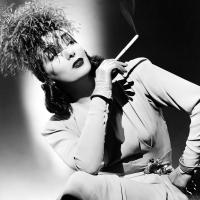 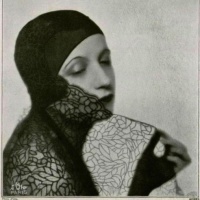 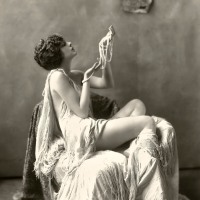